North Atlantic right whales roamed the ocean for thousands of years, unmolested. Then 800 years of extensive slaughter for their valuable baleen and oil resulted in a catastrophic decline in their population. Despite being protected internationally since 1935, this species is still hovering on the brink of extinction - only about 400 remain.

Along the eastern seaboard of Canada and the United States, North Atlantic right whales are now facing a new threat: the increasing industrialization of the ocean where they feed, socialize, mate, migrate and give birth to their calves. Most of the known individual North Atlantic right whales have been seen at least once in Canadian waters and many are seen every summer and fall. The Bay of Fundy has historically been an important feeding and nursery ground where more than 100 right whales were seen each summer. Roseway Basin, south of Nova Scotia and, more recently, the Gulf of St. Lawrence are also critical habitats. The presence of one of the world’s most endangered large whales in Canadian waters has compelled a leading role in their recovery for Canadians. In response, the Canadian Whale Institute was formed in 1997.

The birth of CWI

Sarah Haney, Chair of the CWI Board of Directors, was introduced to the world of whales in Patagonia, Argentina in 1991. She experienced, firsthand, the majesty of the South Atlantic right whale and the fragility of their habitat. This led her to serve on, and eventually chair, the board of Ocean Alliance. As she learned more about the threats North Atlantic right whales face in Canadian waters, she decided to dedicate her time and resources to their protection and, together with her sister Debbe Crandall, founded the Canadian Whale Institute. 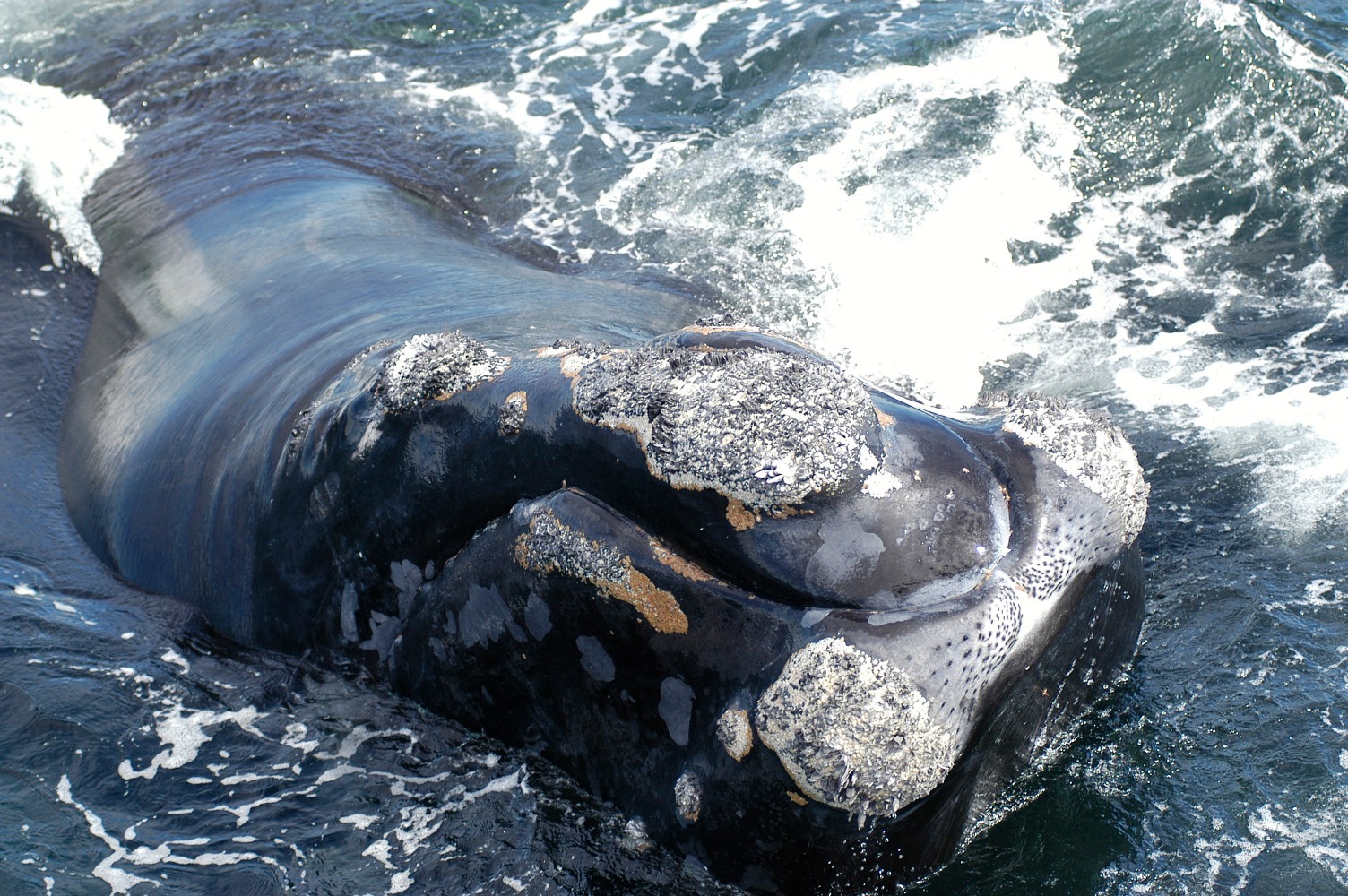 A curious right whale calf, #3343, approaches CWI researchers in the waters of the Bay of Fundy in 2003. 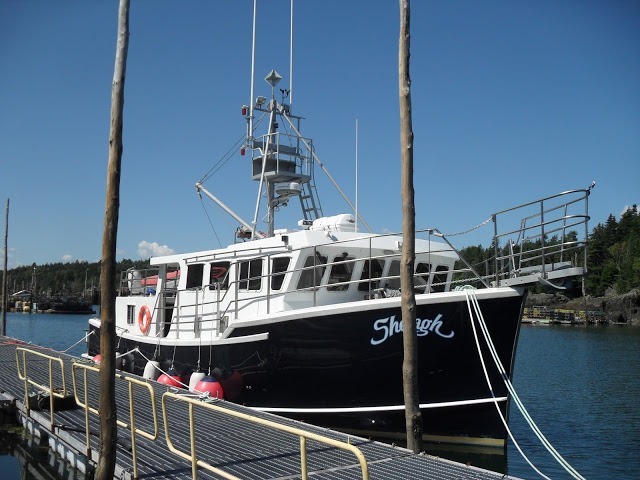 The Shelagh was frequently used as a research vessel for CWI scientists and others studying the North Atlantic right whale.

In 2001, CWI enlisted Moira Brown, who was at the Center for Coastal Studies at the time, as Senior Scientist and Program Director. Working with representatives from the shipping and fishing industries, environmental groups and other scientists, Moira helped to have shipping lanes rerouted around  the Grand Manan Basin where right whales congregated in the summer and autumn. This amendment to the Bay of Fundy Traffic Separation Scheme led to a 90% reduction to the risk of vessel strikes in these shipping lanes. She led similar work on shipping routes in the Roseway Basin, in 2007. Once it was designated as an Area to be Avoided in 2008, vessel transits through these whale grounds was reduced by 80%.

Moira was also the lead author of the Canadian Right Whale Recovery Strategy published by Fisheries and Oceans Canada in 2009.

In 2008, upon his retirement as the Maritimes Region Marine Mammal Advisor at the Canadian Department of Fisheries and Oceans (DFO), Jerry Conway joined CWI as a policy advisor. Jerry worked tirelessly with fishermen, media, the government and NGO's to facilitate communication and outreach, particularly in regards to entanglement issues, until his passing in 2019.

Initially focused on supporting research, education and policy influencing, CWI added more immediate conservation activities to its mission because of the urgent need to protect these whales. 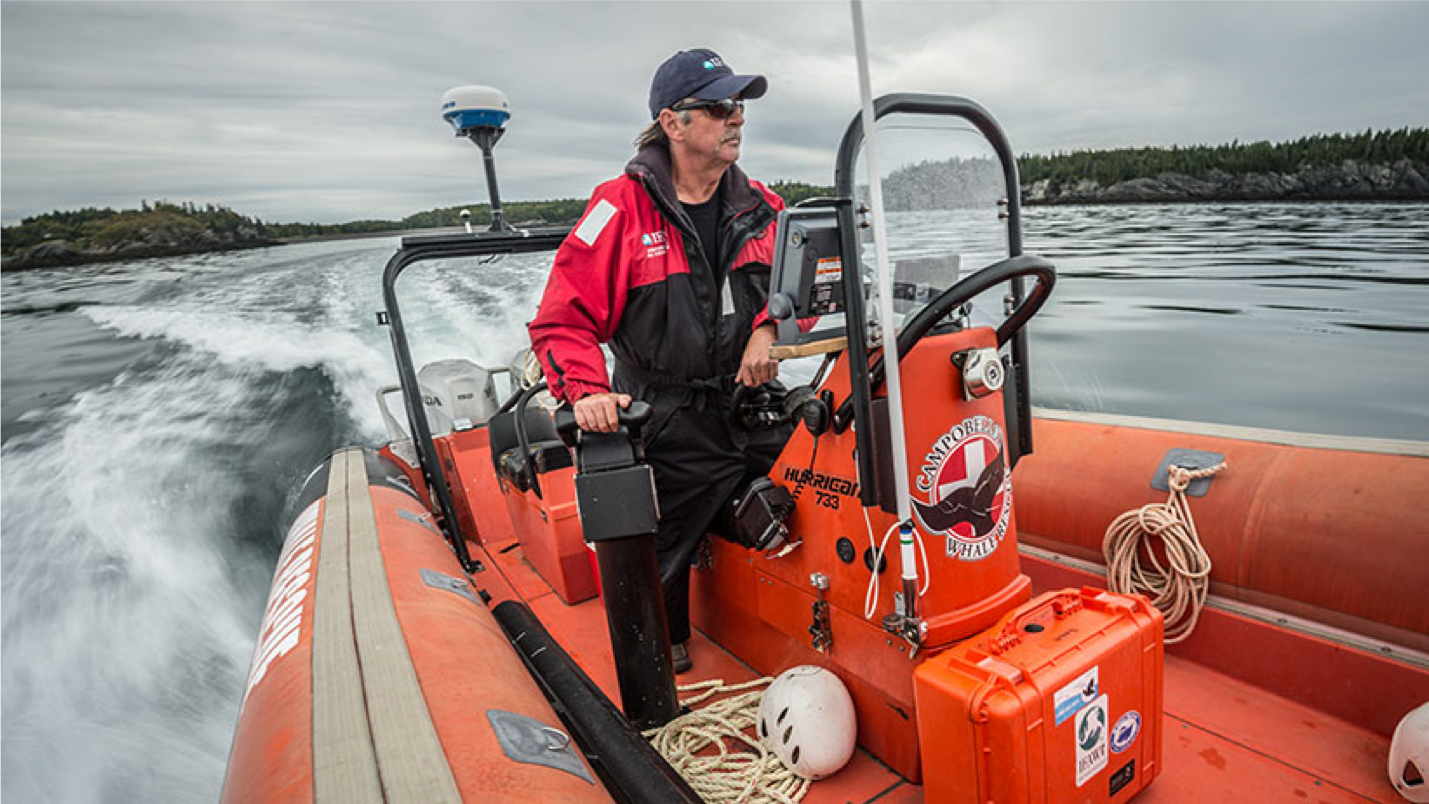 Joe Howlett at the helm of an early CWRT rescue boat.

The addition of the Campobello Whale Rescue Team

The Campobello Whale Rescue Team was established, independently, in 2002 by Joe Howlett and Mackie Greene, who were subsequently joined by David Anthony and Robert Fitzsimmons, all fishermen volunteers, on Campobello Island, New Brunswick. Jerry Conway was instrumental in getting the first boats and equipment, on loan, from DFO. In 2014 CWRT was rolled into CWI to better provide for a marine mammal disentanglement response program in the waters of the Canadian Maritimes.

Joe lost his life freeing right whale #4123 in the Gulf of St. Lawrence from entangled fishing gear on July 10, 2017. Joe and Mackie had made a pact, and Mackie honours it every day by continuing the work of responding to whales in distress. 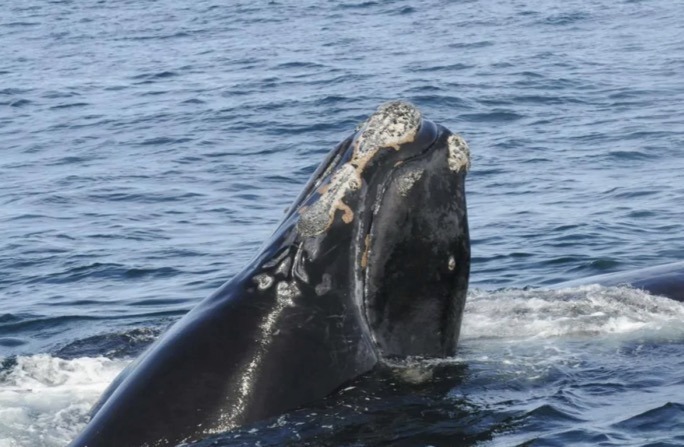 In 2016 Moira moved to Campobello Island and joined the CWI team, full time.

After working out of Moira's kitchen for many years, CWI moved into its present building, at 16 Herring Cove Rd., in 2019.

We currently operate two whale rescue boats, Scamper and Scratcher. Our five Campobello based staff work closely with associate staff in St. John, Halifax and elsewhere on the east coast.

CWI continues to work closely with government agencies, the shipping and fishing industries, other NGOs and academic institutions to protect the North Atlantic Right Whale. We've come a long way, as can be seen in the Transport Canada measures to protect right whales but there is still so much to do.

Will you join us in helping to protect these incredible creatures, before it is too late? Please consider donating to our research, conservation, education or rescue programs. We can't do this alone.